Of Thoughts and Updates

More and more my rituals are going towards being less outdoorsy and more indoor. I prefer the quiet of my home shrine and a small family feast. I guess I am going through an inward cycle right now. My Lughnasadh ritual was very much that sort of quiet time with myself and my Gods.

I have around three more chapters to write in my book. Well I think just three more...not sure yet if I want to add some more topics to the ones I have planned. I'm also thinking of adding a journal which can be downloaded and printed out free by people who buy the book so that they can use them together. Again still in the planning phase. The book itself is giving me fits. I've taken to calling it "The Monster Project", because that is what it is turning into...a monster.
I am re-reading a book on the Manx Calendar and I've yet to see a mention of Manannán Mac Lír in it yet...which seems a little weird to me, and one of the many hmmm moments I've had researching this book. After the Isle of Man, I'm going to start researching Scottish customs. I've ordered some books on Wales and Cornwall, but I'm also going to look for new books when I go to England next month. This should be fun...
Posted by Coffee and Ramblings at 1:04 AM No comments:

Air n-Aithesc and other things

Well, it is that time of year again, but it is also August 2 which coincides with the 26th anniversary of the Iraqi invasion of Kuwait. Much remembering was done today, by everyone.

Last night I had a quiet ritual for Lughnasadh, and a feast with the family.

Don't forget that this is out now :-) 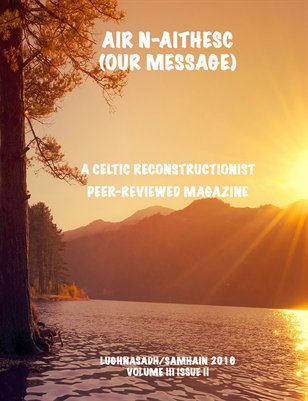 Posted by Coffee and Ramblings at 8:12 PM No comments:

A Call for Submissions

I have two calls of submission for you today.

The first one is for a book called An Leabhar Urnaí. Submission doors close January 31, 2016. Target publication date March 2016. 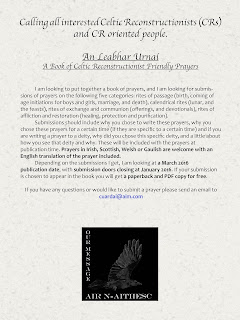 This second one is for the next issue of Air n-Aithesc. Submission doors close December 31, 2015. Publication date February 2016. 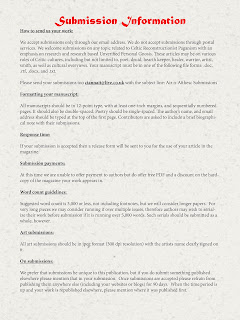 My hope is that you guys will be interested in submitting for both!

Posted by Coffee and Ramblings at 7:21 PM No comments:

Happy Lughnasadh every one! 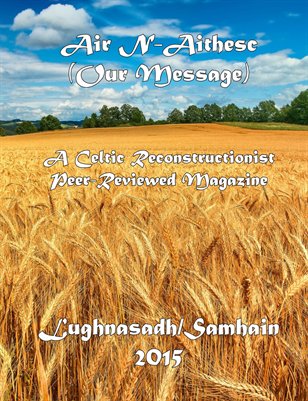 Posted by Coffee and Ramblings at 11:50 AM No comments:

Previously I'd given a short recommended reading list, this one is a bit more comprehensive with a few more books added but it is still a very short list compared to what is out there. However, by the time you finish reading these books you will have a good foundation on which you may start to build your personal practice and finding new books to read on your own.

INTRODUCTION:
Get a sense of geography; figure out where everything was and is in Europe.  History is next; you need to have a look at the history of Europe and the Celts in general.  The reason for this is that no culture is pure and untouched.  They had contact with each other and so they influenced each other.
You then need to study the culture and history of Ireland. You might want to study the language too, as this can be a great way to look at the culture, some study resources here.
You’ll want to look at Irish mythology and folklore as well as comparative mythology from other cultures related to the Irish.
Learn about magic, trance work, meditation and divination through practical involvement. Again, many of the actual patterns and techniques are cross-cultural. Understanding the dynamics involved through personal experience will help you apply that knowledge to the specifically Irish forms you will find in the sources.

*History:
1.     Europe: You need to have a working knowledge of European history. European history will help you put into perspective who the players that may have affected the Irish were and where everyone was at a particular time in history.  Invest in a good atlas that has historic maps.
a.   Europe Between the Oceans: 9000 BC – AD 1000 by Barry Cunliffe.
b.   Ancient Europe: 8000 BC – AD 1000 Volumes I & II by Peter Bogucki and Pam J. Crabtree
c.    Facing the Ocean: The Atlantic and Its Peoples, 8000 BC – AD 1500 by Barry Cunliffe
d. Historical Atlas of the Celtic World by John Haywood and Barry Cunliffe.
2.      Ireland: In order to follow a religion you need to know the history of its people and its culture.
a.   Pagan Celtic Ireland by Barry Raftery
b.   Pre-Christian Ireland: From the First Settlers to the Early Celts by Peter Harbison
c.    The Origin of the Irish by J.P. Mallory
d.   The Celts: Bronze Age to New Age by John Haywood.

1.   Celtic Mythology by Proinsias MacCana
2.   Gods and Heroes of the Celts by Marie-Louise Sjoestedt tr. by Myles Dillon
3.   Ancient Irish Tales ed. by Tom P. Cross and Clark Harris Slover
4.   Lebor Gabála Erenn: Book of the Taking of Ireland (5 Volumes) ed. and tr. by R.A.S. Macalister
5.   Myths and Legends of the Celts by James MacKillop
6.   The Lore of Ireland: An Encyclopedia of Myth, Legend and Romance by Dáithí Ó hÓgáin
7. Celtic Literature Collective, Corpus of Electronic Texts and Sacred Texts: Ireland

*Celtic religion and religion in general: It is a bit tricky when it comes to the Celtic religion mostly because we don’t have direct texts on the subject matter and most of what we know for sure comes from interpreting archaeology.

1.  Ritual and Practice: Some of these books are good ones based on very good research but are not to be taken as the “gospel” truth.
a.   Stations of the Sun by Ronald Hutton (mostly dealing with Britain but is good for ideas on the times of year)
b.  The Apple Branch by Alexei Kondrateiv (An amazing book on the stories surrounding the festivals of the Celtic Year, with lots of great information on the Celts. The actual ritual structure is more Wiccan in style so you will need to tweak that.)
c.   Deep Ancestors: Practicing the Religion of the Proto-Indo Europeans by Ceisiwr Serith (this is a great book that gives great ritual structure, as well as amazing definitions of the Gods, Ancestors and Spiritual beings. It can easily be adapted to the Irish year.)
d.   The Year in Ireland by Kevin Danaher
e.   Irish Folk Ways by E. Estyn Evans

2. Gods of the Irish: There are no really good books dealing with the Irish deities on their own.  You will have to look at mythology to see to that, however, there are books on the Gods of the Celts which should be read with caution.

a. World Full of Gods: An Inquiry into Polytheism by John Michael Greer (an excellent book on polytheism as a whole, highly recommended)
b. The Gods of the Celts by Miranda Green
c. The Isles of the Many Gods: An A-Z of the Pagan Gods & Goddesses Worshipped in Ancient Britain During the First Millennium CE Through to the Middle Ages by David Rankine and Sorita D'este
d. Celtic Goddesses: Warriors, Virgins, and Mothers by Miranda Green

Posted by Coffee and Ramblings at 9:27 PM No comments:

My Webpages and Groups